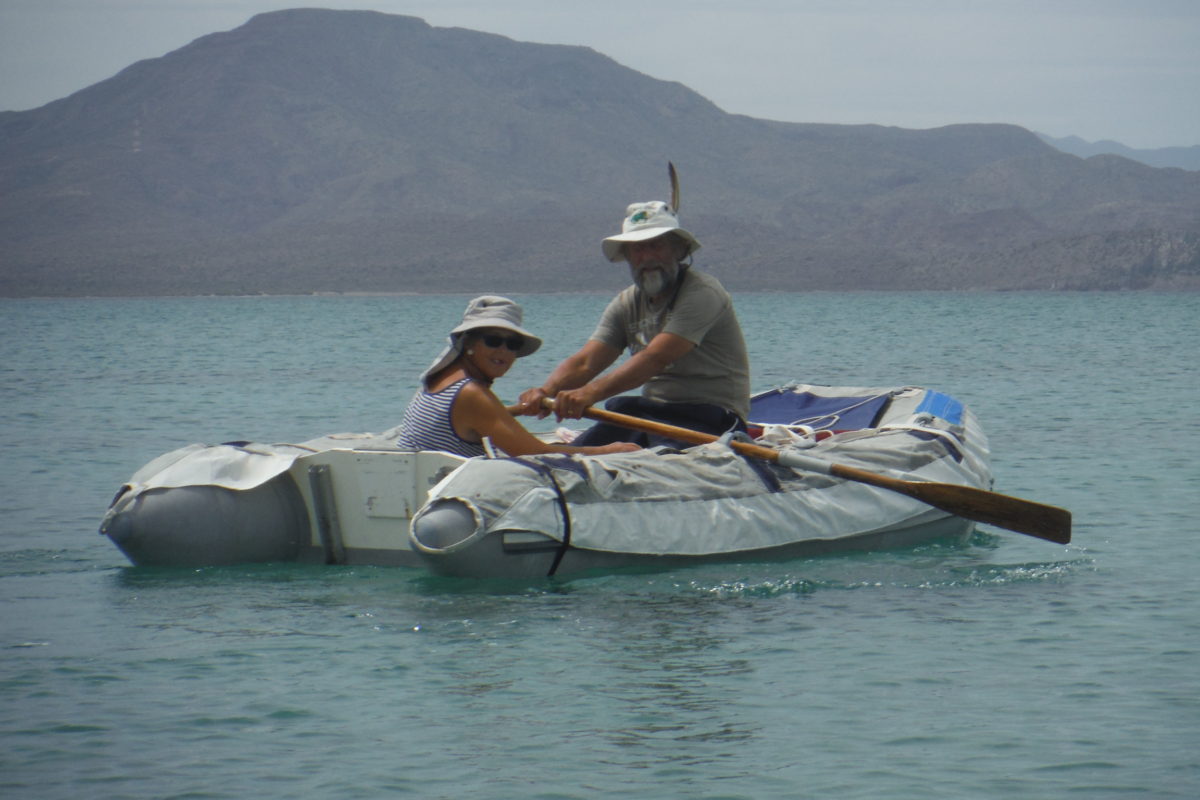 Ivan and Jane Chevous are joint owners and skippers of SV Chantey, a Westsail 42 sailing ketch.

In September 2014 we moved aboard and in December 2014 finally cast off the dock lines and sailed across Banderas Bay to the anchorage at La Cruz de Huanacaxtle. Here we started sea trials and continued the refit. In April 2015 we raised anchor and headed North for our first long cruise up into the Sea of Cortez. To follow our adventures, visit Chantey’s Log.

Skipper Ivan is a husband, Dad, Grandad, retired vehicle engineer and organic environmentalist. He has enjoyed boats since the age of 5 and previously sailed Altair, a Spurn 23 and fitted out Edna May, a gaff-rigged steel Spray33, from bare hull.

After marrying Jane he sailed Ame, a 14-ton Gauntlet , a classic gentleman’s yacht from the 1940s, now renamed Gemini and sailing in Spain. They also hopped the muddy creeks around Ipswich and Pin Mill in Tripper, a Corribee.

Ivan can generally be found fixing things in dark inaccessible corners of the boat. He cooks a mean stir fry, composts everything that rots and loves meeting people and exploring new places.

Skipper Jane grew up messing about in boats in the Norfolk Broads and the lochs of West Scotland, mainly on Irene, a Puffin Pioneer.

Later she and her son lived on Nooit Volmaakt, a skutsje-rigged 62’Dutch sailing Tjalk, which they brought over from the Netherlands and  sailed on the East coast of England with Ivan and friends.

A writer, educator, practical theologian, crafter and activist, Jane loves being a Grandma and having adventures in the natural environment. She runs a social enterprise, Reshapers CIC, that promotes creative learning for transformation.

Jane can generally be found sewing sails, up the mast or touching up the varnish. She makes long lists of boat projects that never get done and loves entertaining the dolphins with her  stories and accordion playing.

Jane and Ivan have three sons and six gorgeous grandchildren who they are training up to be pirates!

They are members of Pin Mill Sailing Club, the Cruising Association and the Royal Yachting Association, all invaluable for sailing camaraderie and information about all things nautical. they are proud to support the RNLI, the charity that saves lives at sea.